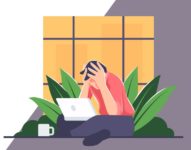 The idea of this series came from my friend and colleague Roberto. We were joking about how to hack in Scala Italy with a talk. Being no Scala expert, we assembled the idea of talking about the pitfalls and shortcomings we found in the code we are working and present them disguised with glasses-nose-and-mustaches so that we (and the company we’re working for) couldn’t be recognized.

Starting working on the idea I soon realized that there was quite a lot of interesting stuff that could be organized in several posts. Here is the list of the articles in the series: