There was a time, some years ago, when, thanks to the then-young HTML, the markup idea with angular parenthesis was considered cool. It wasn’t infrequent to <humor> abuse it </humor> everywhere. Then, as every trend does, it went out of fashion and markup is no longer considered trendy. For bad or good we have some legacies from those days, the most notable is XML.
Xml originated from a good idea – standardize a way to describe complex data. Also Xml has a great plus, if you do everything right, you may be able to validate that an Xml description is compliant with your definition. In other words you may check if that 3d scene you are loading is really a 3d scene and not something else or something garbled up.
Beside of these good intentions I never felt at ease with Xml. First I found it very verbose, although you can write it by hand, you surely don’t want to – it’s too easy to lose some closing statement and you are likely to continuously lookup the specification to check whether that data is data or attribute.
Moreover it’s not straightforward to parse an XML file. Likely you have to employ an existing library (there are dozens for each language) and learn it.
When confronted with Xml I always thought there should be a better way to store something in a structured way. Someway it could be more readable, more writable and that doesn’t require too much brain power to write parser and interprets.
In some occasions I figured out a sort of pseudo C with braces to group values and so on.
Some time ago a coworker pointed me to json which, in fact, is a simple standard for structured data that comes from Javascript notation. Json files are easy to write and read for a human being, and writing a C parser for this format requires a couple of evenings (but if you prefer, you can use a ready made parser).
Btw, as we are in this time of the year, I wish you a Merry Christmas and Happy New Year! 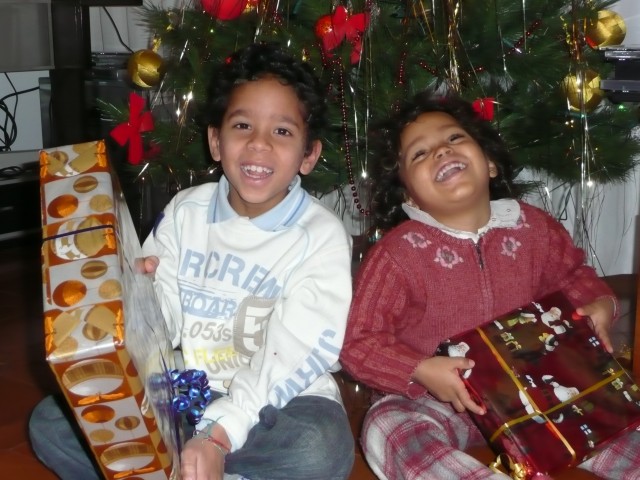 When I was a kid, Space 1999, was not only my favorite Tv-series, but the synonym for future. I was so in love with Moonbase alpha, eagles and the adventures of Commander Koenig and his crew, that I started hating soccer because my dad and grandad had to watch soccer matches on a channel, while on the other Space 1999 was transmitted (of course we had just one black and white TV, with lot of tubes that took several minutes to warm up). Recently I discovered that all but one episodes of the first season are available on line for free. So I decided to watch, some 2^5 years later the show.
It is somewhat a strange sensation, to watch all those episodes. Before my critical 40-years-old eyes, characters and deadly-wrong-science take a very different taste. Today I find characters very underdeveloped and mostly uncharacterized. Koenig – the commander – talks in upper case and mostly doesn’t show any feelings, Helen – the doctor – is just a dull side, Bergman – the scientist -, despite being one of the most interesting character, is a scientist only by name revealing more than once an accommodating nature, Alan – the pilot – is an action man without dept.
Science in the serie is mostly risible. Even if you succeed in forgetting for a minute that the Moon, even if propelled by giant nuclear explosions, can’t cover interplanetary distance in tv-times, there are a lot of problems in all the causes and effects explained by scientific means.
What stroke me on the plus side is the special effects and the future architecture. Special effects of moon exteriors and spaceships are really good, even by today standards. This is from a pre-digital era, so do not expect many wow-effects, but what you see with eagle spaceships and launch pods, they give you a solid, credible look.
What is really credible is the MoonBase itself (well maybe travel tubes are a little exaggerated), with the modular architecture, the info-columns around, docks, airlocks, power plants, and so on. The commlock is also plausible (even if somewhat surpassed technology) – with the small display and the numeric keypad for personal video communication and door opening. It shouldn’t be hard to mod a real cell-phone into one of this gadget.

Although I am not addicted to retrocomputing, I quite enjoy reading about Good Ol’ Days when Real Men where up to forge the computer revolution. Given this premise it was rather impossible to skip over the Amazon suggestion when I received it. iWoz is the story of Wozniak, the engineer among the two Steves that founded Apple back in the seventies, told by Steve Wozniak himself (or at least edited as if it sounds so).
The book is a pretty smooth reading up to the point where he left Apple, but I think it’s just me loosing somewhat interest in the narrated matter.
I found very emotionally touching the first chapters where Steve writes about his infancy and his father. Maybe it is because I had lot of thoughts recently on being father, but I found this figure of father-engineer really fascinating – never forcing his kid on learning something, but let his strong passion for technology and science “infect” his child. Also noteworthy the strong ethic component of this father about nearly everything. I’d like to be a father like this.
Also the book proves that some kind of chances could have occurred just there. I think nowhere in the world (and likely in time) a group of children could receive as gift from a telephone technician some hundreds meters of telephone wire. Also the home computer revolution had to start right there – all the players were there and they much knew each others.
In some parts of the book I read some naïvety. E.g. the Atari affair. Jobs always did the marking and commercial part of their projects. So they got this deal to build a videogame prototype for Atari. In change of one week effort Wozniak got few hundred dollars, because Jobs told him he got the same. Only later Wozniak discovered that Atari paid several thousand dollars for the project (and obviously Jobs kept the difference). This didn’t made Wozniak upset with his partner. He candidly states that Jobs needed money at that time and later (after Apple IPO) money ceased to become an issue.
Another aspect of the book I found somewhat uneasy with is that Wozniak claims to be a first in many key technologies of the emergent home computing industry – the first computer with video output and keyboard built in, the first color computer, the first computer with audio, the first microprocessor based videogame, remarked more or less with “something unheard of at those times”. I don’t want to take off anything from the pioneering work of Wozniak, but most of those technologies where really about to spring to life in those years and, there were other companies providing the same stuff in different degrees of completion.
Despite of these two aspects I am pretty satisfied of this reading and I recommend if you are interested in the topic.